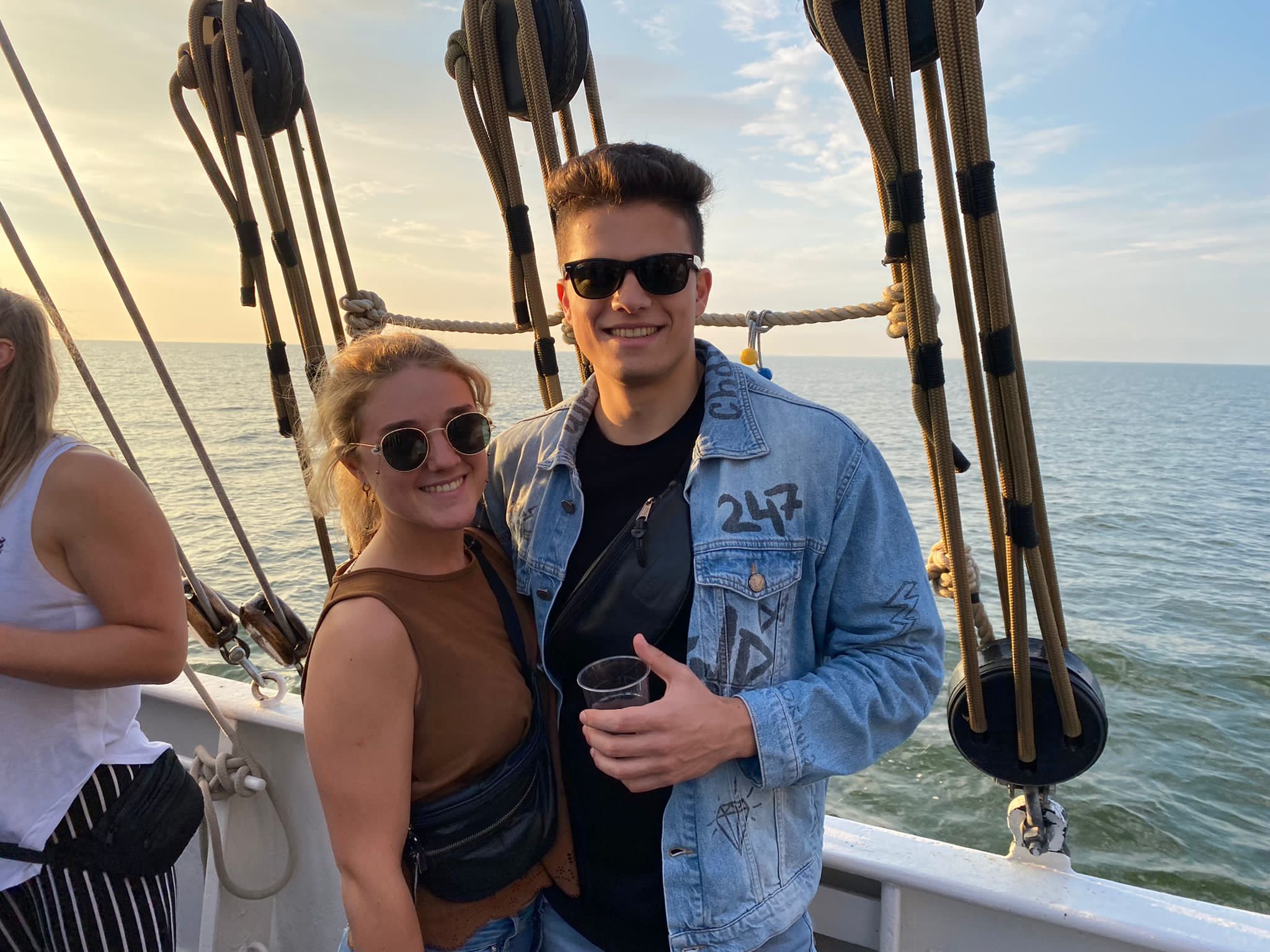 RAMs closing weekend boat party on September 10 and 11, 2021 was musical and magical as I have come to expect from his sunset cruises. On Friday I sailed with the old and trusted Stedemaeght. This felt like a home game, because most boat parties were held on the Stedemaeght. Since the government has taken such strict measures and ‘just’ partying was no longer possible, I have attended almost every RAM boat party. It was therefore very unfortunate that on September 10 and 11 were the last two of the 2021 season.

On Friday 10 September, on the way to Lelystad harbour, it poured with rain. But, after rain comes sunshine. It had stopped raining before everyone was on board. On the boat this afternoon and evening: Ruben de Ronde, Ram, Sean Tyas and Xijaro & Pitch.

The first set was by Ruben de Ronde. He was spinning with a smile on his face and came to the conclusion that RAM can throw a party. I was very happy when he played his track with Estiva ‘Rainbow‘. What a beautiful song and with so much meaning. 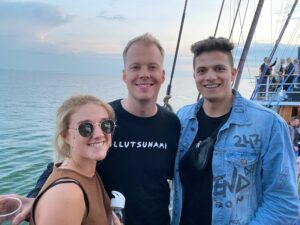 After Ruben de Ronde it was RAM’s turn. RAM played a wonderful set as we were used to from him. Uplifting sounds, emotion, vocals and uplifting kick&basses. He also played his latest track ‘the power of love’ with Susana which has not yet been released.

Sean Tyas caressed our ears with his classic set that same evening. Classic sets quickly steal the show for me. He played Nu Nrg – Free Fall, Ferry Corsten – Rock Your Body Rock, Armin van Buuren & Ray Wilson – Yet Another Day (Hiver & Hammer Remix) and C-Quence & Fictvision – Symbols. Sean Tyas had for me the best set of the evening. And as always we could also enjoy Sean’s dance moves. Name a DJ with better moves than Sean Tyas!

After Sean Tyas it was time for Xander aka Xijaro of Xijaro & Pitch to take over de decks. Super cool to hear so many Xijaro & Pitch’ originals and new tracks. Unfortunately at the end of the cruise it started to rain again and the DJ equipment had to be covered. Unfortunately, Xijaro was unable to finish his entire set.

On Saturday 11 September I was on the boat the Admiraal van Kinsbergen. This boat is slightly less luxurious than the Stedemaeght. The boat arrived a little later than planned, so we left later. Due to the delay, there was little time to set up the boat with DJ equipment and speakers. Fortunately, the set-up of the boat turned out well thanks to the teamwork of the ‘Essence of Trance boat festival’ crew!

Alex M.O.R.P.H. was headliner number 1 and he didn’t disappoint us with his banging, uplifting set! What a euphoria! The highlight of his set was when he played his iconic track ‘An Angel’s Love‘.

After Alex M.O.R.P.H. it was the time for Ferry Tayle to play his set. I had never seen Ferry Tayle perform live before so I was really looking forward to his set. I really hoped that he would play Renaissance by Metta & Glyde and when he dropped this track I was naturally blown away. I knew there was a good chance that he would play the track, because he recently indicated in an interview with A State of Trance that this is his most favorite track of the moment on his label Fables. It’s also my most favorite track from Metta & Glyde, whom I met on day 1 of Luminosity At The Beach 2021.

I look back on a beautiful weekend and a nice end to the 2021 cruise season from RAM’s Essence of Trance boat parties. On to next year!